Doris H. Dancy is an accomplished and award-winning educator, speaker, writing consultant, playwright, wife, mother and now author. Her life’s focus has been educating our youth in an appreciation of both the written and spoken word. She received her BA Degree in English from North Carolina Central University in Durham, North Carolina and began a teaching career in both English and Spanish. She was graduated from Hampton University with a MA in English Education and eventually became Chairperson of the English Department, English Teacher Specialist, and later Curriculum Leader of English K-12 for Hampton City Public Schools. Teaching and supervising were both rewarding careers, and each taught her a different level and focus of professionalism and commitment. As the Curriculum Leader, along with many other responsibilities, she developed and provided staff development for a writing program that guaranteed student achievement.

Doris, tell us about your book?

Shattered Pieces is a fictional tale that depicts the life of Zackary Tyler Belford who was born into poverty, but through hard work and a death-bed promise was able to graduate from Harvard Law.  However, even with this success, his past is always in the forefront.   In the minds of most, Zack has no place to go but down.  Abused, accused, and mistreated as a child, most believe that he is bound for destruction…a life void of real Love.  Even now, with a Harvard law degree in his grip and an obscene bank account in his possession, the poverty of his birth and the pain of his youth seem to write his destiny in stone, slate an inescapable downfall, and solidify a perpetually shattered heart and soul.  The nagging question, however, is can there possibly be a tiny glimmer of Light flickering in the midst of his disasters, in the throngs of his defeats, and in the embrace of a clinging Hatred?  Is it possible or is the expectation of a dramatic and unstoppable spiral down his inevitable demise?

How did you come up with the idea for this book?

The idea for this book almost lived with me for over thirty years.  As a teacher and educational administrator, I have seen far too many times the result of children who grow up unloved and uncared for adequately.  I wanted to write a book that would bring to the forefront the horrible impact on children born to those who are not yet ready to be parents.  I wanted to highlight the selfishness of those who are so willing to “jump in bed “ without much thought to the consequences of their actions. Their actions are devastating to the babies that they ruthlessly bring into either a fatherless world or a world where the father is extremely angry because he has not been able to live his dream.  Then there are the mothers who sometimes live with an angry father or who are left on their own to struggle to raise a child when they themselves have little education, less money, and fading hopes and dreams.  The children suffer immeasurably for something that is totally out of their realm of control.  I wanted to write something that would bring about a clear awareness to this issue where many think that they are just having fun in their youth, but there is no fun in hunger, no fun in abuse, no fun in neglect, and no fun in a loveless home for the children that they bare.

What was the most difficult aspect of writing this book?

The most difficult aspect of writing this book was definitely developing the character of Zack, a man who desperately wanted love, but had no idea how to give it or receive it.  I wanted to write him so that the reader would love him even through his many flaws.  I wanted the reader to feel confusion about him sometimes as he felt confusion about himself.  It was a thin line to walk, and that was difficult.

Why do you write?

I write because it is a passion, and I have to have someway of bringing these people who live in my head to life.

What valuable lessons do you want readers to learn from your book?

More than any other message, I want my readers to see the devastation of betrayal, the devastation of careless and ruthless relationships where children are born and must suffer the consequences of catastrophic mistakes.  These children, who are often not loved, suffer immeasurably for the mistakes of others, who, many times, are not even around to see what they have done. I want my readers to see how important it is to actually find real love, and be ready for all that comes with effective relationships that, to me, are Godly.

Who are your favorite authors?

This is always a very difficult question for me.  With my English teacher background there are so many.  I am always impressed with the great classical writers like Shakespeare, Milton, Homer and the like.  I, however, also enjoy Langston Hughes, Maya Angelou, Jodi Picoult, Nicholas Sparks, and my contemporaries like Tumika Cain, Alretha Thomas, and Paulette Harper.

What book(s) are you reading now?

I am presently reading Charles Stanley’s Prayer The Ultimate Conversation.

What books have most influenced your life?

That is a very easy question.  It is The Holy Bible, which I study almost daily, and Charles Stanley’s book is having a great impact on my prayer life.

If you had to choose, which writer would you consider a mentor?

I would say my study of Earnest Hemmingway’s style.  While it appears so simplistic, with his short choppy sentences, he is always able to tuck in so much symbolism that makes the language enhance meaning.

Any advice to give to aspiring writers?

Yes, think first before you put pen to paper.  Think thoroughly.  Know your characters like you know your best friend.  Know their thoughts, their feelings, what they will and will not do, what they will admit to and what they won’t etc.  Be true to them.  Let them talk to you, and they will lead you into their world.  Be sure that your plot is moving with purposeful action, and, by all means, find a great editor. 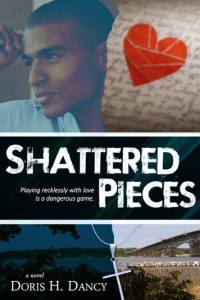 About The Book
Most people who have known Zackary Tyler Belford for any length of time see nothing more for him than a path leading to destruction. Not even his handsome face, a Harvard Law degree, or limitless wealth can bypass the shattered heart and broken soul of the man-child still held captive by the abuse, accusations, and mistreatment he experienced as a child. Breaking hearts and taking numbers is his MO… a dangerous game of cat and mouse that could very well be his demise. As his life spirals out of control, Zack desperately seeks something to grab…to cling to…as he struggles hopelessly to avoid an inevitable fall…but will he find what he needs in time?